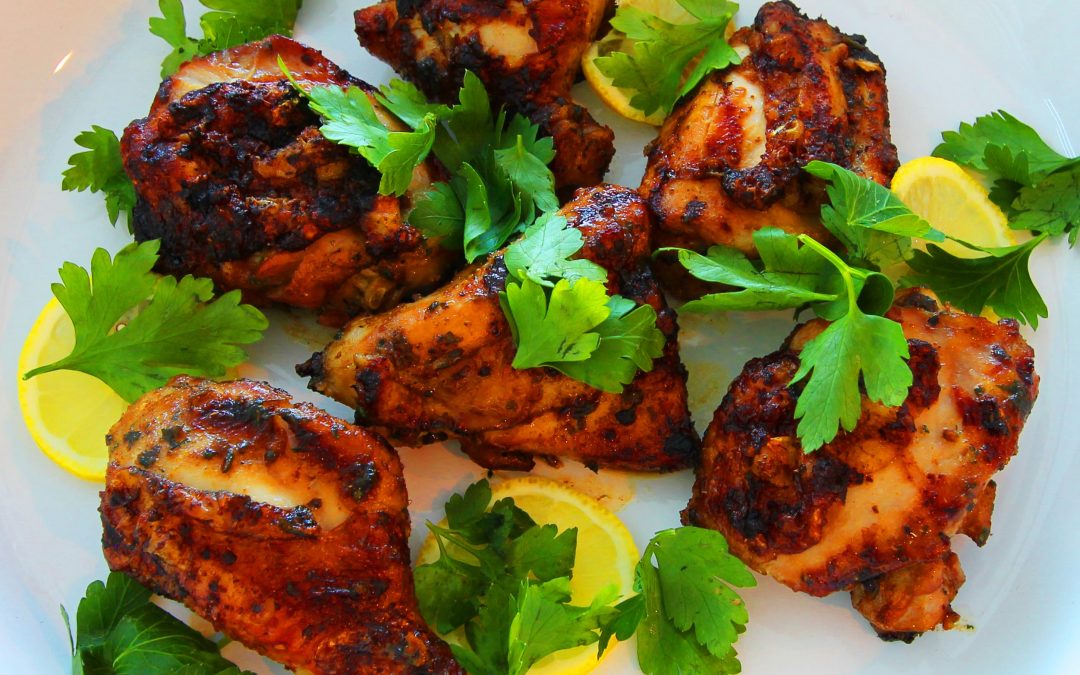 And these are my three favorite summer chicken recipes.

They are all delicious, but I particularly like (until my next favorite) Haitian Style Grilled Chicken. Making this was a bit of a revelation as I had never cooked chicken directly on a barbecue grill before. I always thought that it would be messy, would stick and was just way too much work. Well, this recipe is perfect. If you follow my instructions, you too will love this recipe!

There are two other recipes that are favorites. I prepared both of them based on what I had at home and the mood that I was in.

The first is Easy Roast Chicken and it came about mostly because it really was easy, and just a little different than the usual preparation. I usually make roast chicken with just seasoning. This method begs slow and low roasting with frequent bastings to get that golden color.  This slow method also means at least an hour of cooking, and frequent trips to the oven. It’s more a winter dish.

My third pick is 16 Spice Chicken. I like to dabble in different preparations and different cuisines. 16 Spice Chicken is one of those. It is exotic, not exactly 16 spices, but looks and tastes delicious. It also requires the mixing of the spice blend, and if you don’t have most of these already on hand, it means a trip to a bulk food or grocery store. I had all of the spices and I had time, and again, a whole chicken. This chicken did not require basting, and it was done in about 30 minutes, mostly because I had cut the chicken into smaller pieces. Leaving the chicken whole or in halves is convenient, but it will take longer to cook.

I ran a google search for chicken recipes for this post and apparently there are 856 million (google found) published recipes as of today. These are three of those 856 million and three of my favorites.