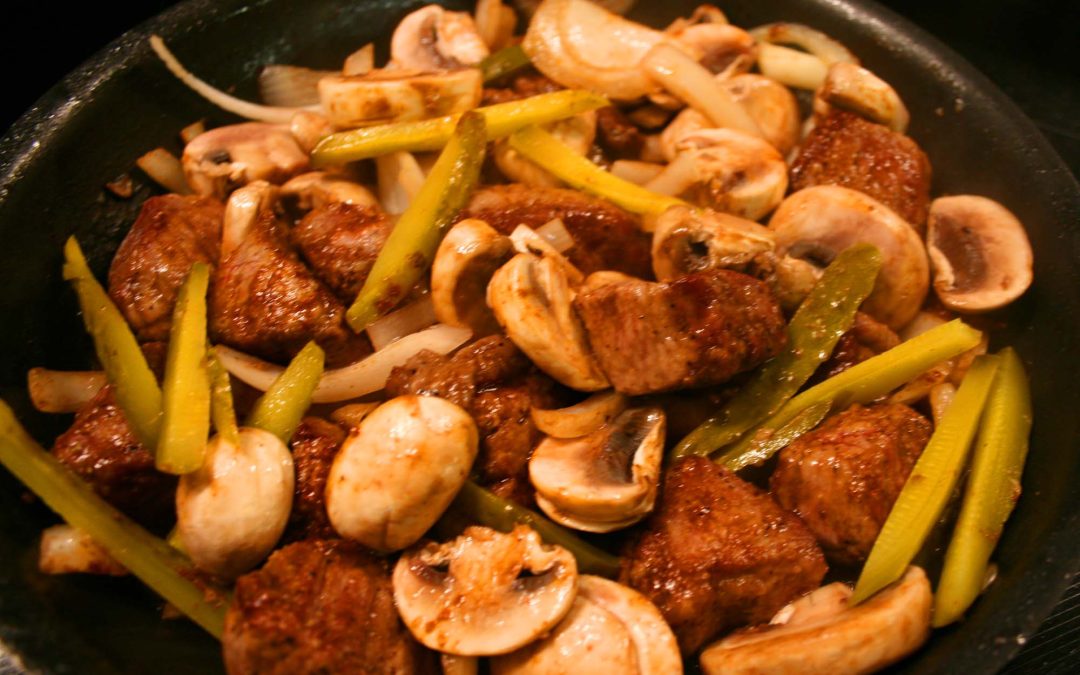 Beef Tenderloin Tips are incredibly versatile. The biggest advantage is that the tenderloin tips cook very quickly and remain tender. I just sear the beef over medium high heat until both sides get a nice golden color, maybe 5-6 minutes in total.

Now comes the versatility. I have included three recipes for tenderloin tips in this post and I created two more just this past week. Because I was not sure of the results, or whether I would like them, I did not take photos, but I certainly will in the coming weeks and publish with the full recipes. Both new variations were delicious, and worth adding to my collection.

The first of these was a beef stew adaptation. I seasoned the beef tips and seared them over medium high heat. I then removed the beef, added a bit of oil to the pan and then added thinly sliced onions. I tossed these for about for 4-5 minutes, then added a bunch of sliced mushrooms. After a few more minutes, I sprinkled the mixture with flour and added beef stock. Stirred until a sauce developed, seasoned with kosher salt and black pepper and returned the beef to the pan to heat through.

Just for a change, I served the stew over crisp French-fried potatoes. Who doesn’t like gravy on their French fries? The dish was both satisfying and visually appealing,

But, I had maybe half of the stew left over and had not thought about lunch the next day.

The remaining stew turned into Beef Tacos. I just sliced the beef into thinner pieces, returned them to the pan and gently reheated the stew. Then I added an envelope of Taco seasoning, a little water, and stirred until the seasoning was fully incorporated.

I finished the dish by spooning half of the mixture down the center of each of two large flour tortillas, topped the mixture with grated cheddar cheese, folded each tortilla in half and settled the two halves in a large skillet. I covered the skillet for 5-6 minutes and heated the tacos over medium heat to melt the cheese. Then I turned up the heat to medium high and toasted both side of the tortilla to a golden brown.

I served each taco, piping hot from the skillet, with a large dollop of sour cream. Both of these new tenderloin tip recipes were good. Here are the other  recipes I have previously published. Enjoy!