Left Over Pork Roast? How About a Cubano? 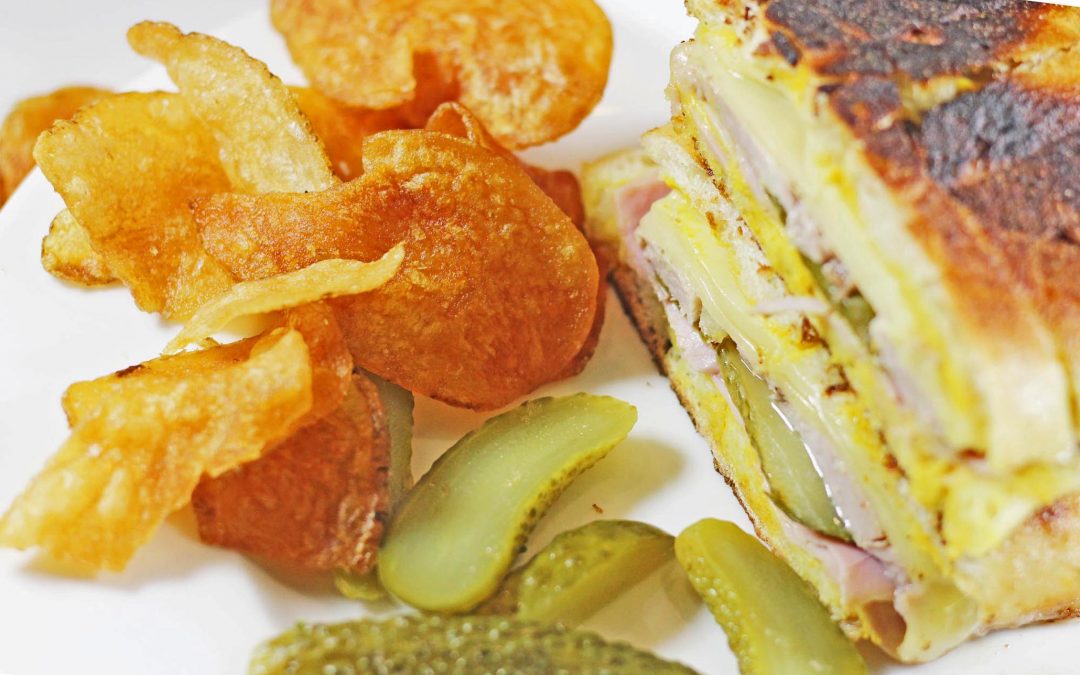 This is one of my all time favorite sandwiches to order at our club when we are down south. I have tried to make it any number of times and each time I get closer to the real thing.  I actually believe that this version is pretty close!

The only draw back is the bread. Where do you find Cuban bread? And, I don’t have a panini press, but that’s easy enough to simulate.

So, I settled on focaccia bread, plain, no olives, no olive oil and for the press? Well I used a heavy cast iron skillet placed on top of the sandwiches to compress all of the ingredients.

However..the most important part of making this sandwich is the sequence in which you layer the sandwich filling. So, if you have left over roast pork, here’s the magic to make the sandwich.

Serve with a handful of chips and some more pickles.  But, first you need the left over pork roast, enjoy!