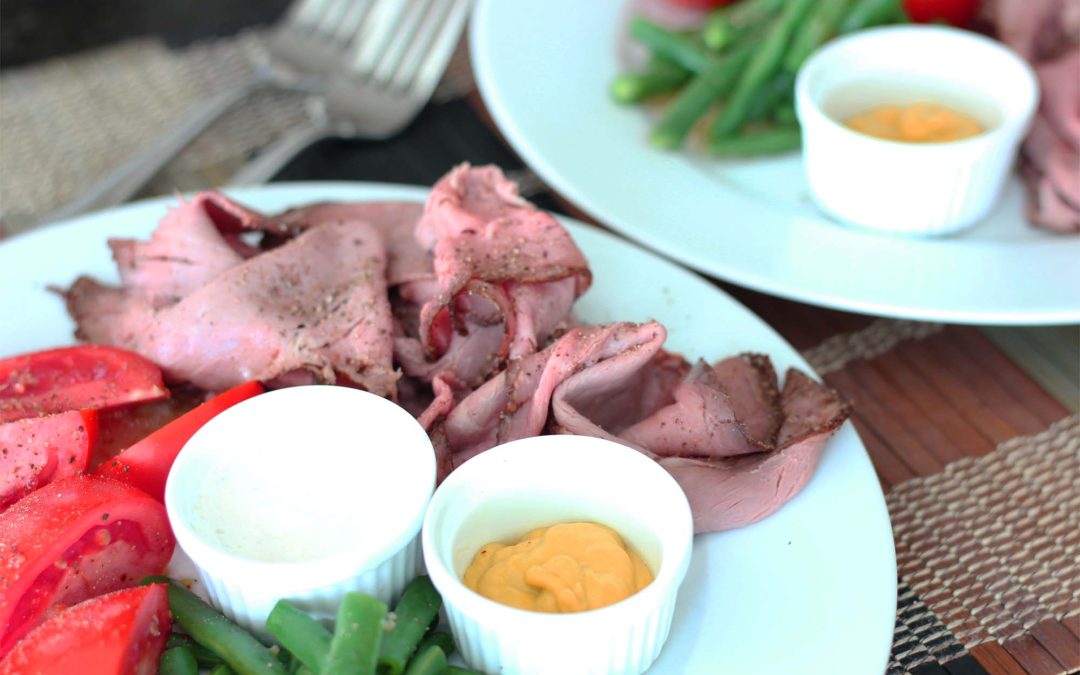 This was fun. I am beginning to struggle a bit for lunch stuff. We are trying to stay away from bread, potatoes, pasta and it is challenging to create something that tastes good, looks good and fills you up!

What was the starting point?

I had some green beans left from a previous meal (on purpose) and some vine ripened tomatoes. I was hoping that the tomatoes would be sweet and juicy, in the end, they were ok. It’s still too soon in Florida to get really good tomatoes, but come February, all that changes!

Keeping in mind that sandwiches are out for the time being, we are trying to stick to skinny meals, what would go well?

As much as I don’t like to line up with many others at the deli counter, rare roast beef sounded good. So, four thin slices of rare roast beef, two vine ripe tomatoes, cut in wedges, left over green beans, kosher salt, black pepper and a drizzle of Zesty Italian dressing over the green beans and tomatoes, divided by two. I served it with everyday yellow mustard and for me, a little horseradish sour cream. The dish that is all white, I should have sprinkled it with black pepper for contrast. Next time.

Yum, this is a keeper and will reappear, this month, and again after this.