Scrambled Omelet with Peppers and Sausage 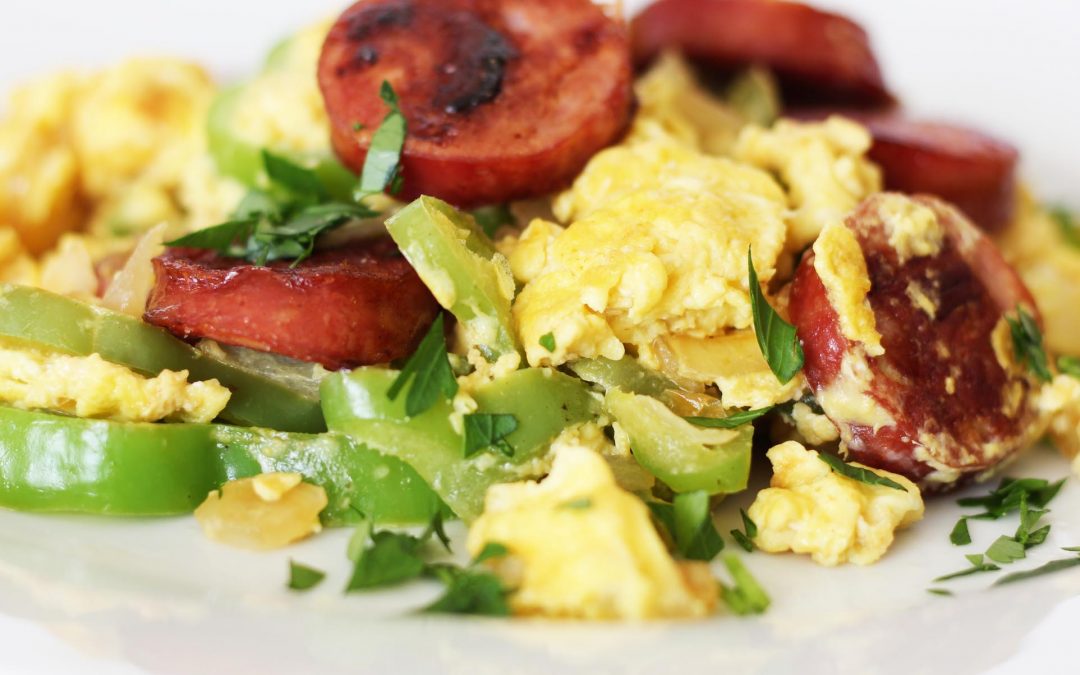 This Scrambled Omelet is another recipe from my childhood.  This was a recipe that was served for just about any meal, but mostly breakfast. It has peppers and onions, Hungarian staples, and replaces the tried and true bacon and egg breakfasts in North America. It’s also a great ‘morning after’  breakfast on a lazy Sunday morning.