Blog, To Make or Buy 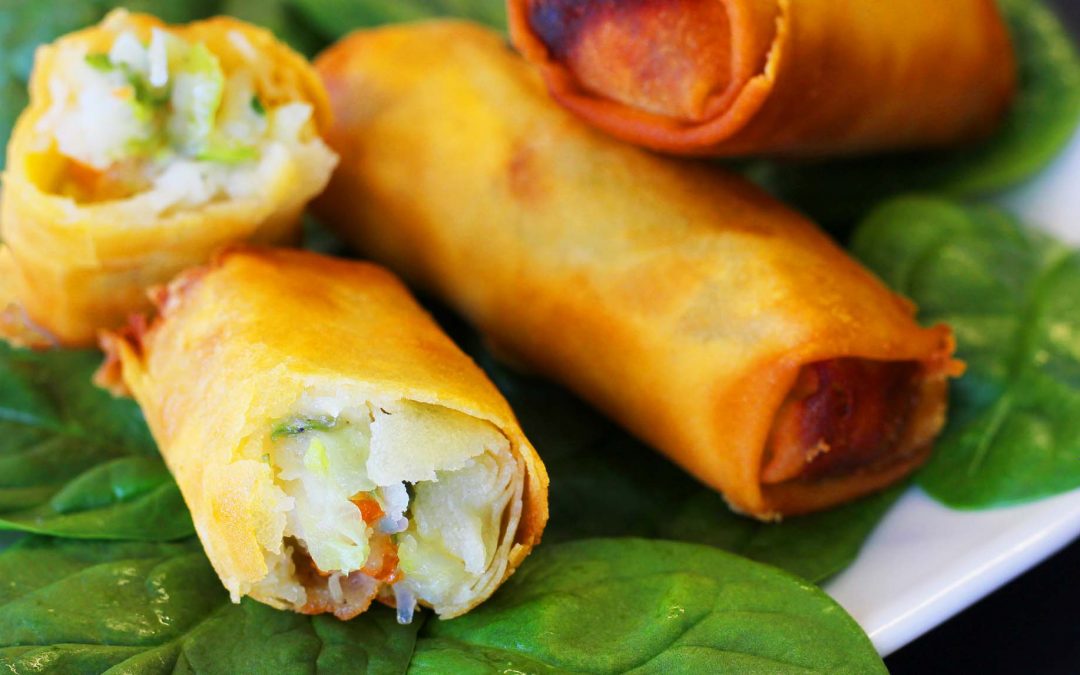 There is an oriental market in Sarasota which sells many of the grocery items commonly found in Toronto. When you live in such a multi-cultural city such as Toronto, you begin to expect the expected while away from home.

I have come to rely on such staples as grated ginger and garlic (in a jar), hoisin, wonton wrappers and many more items that are just there.

This last trip to my southern oriental market was to replenish grated garlic and ginger, and I stopped to look around a bit. They have two or three giant freezers which contain all sorts of goodies.

Spring rolls caught my eye as many restaurants sell these as appetizers.

So, today was spring roll day. I tried once to make spring rolls, I bought the rice wrapper, the fresh veggies, julienned and  mixed, but I could just not get the technique to rolls them tightly. I give up.

But craving satisfied. It’s not that much of a mess to prepare. A wok, some canola oil and except for the first spatter of frozen spring rolls meeting hot oil, a successful lunch.

Definitely a buy for me.