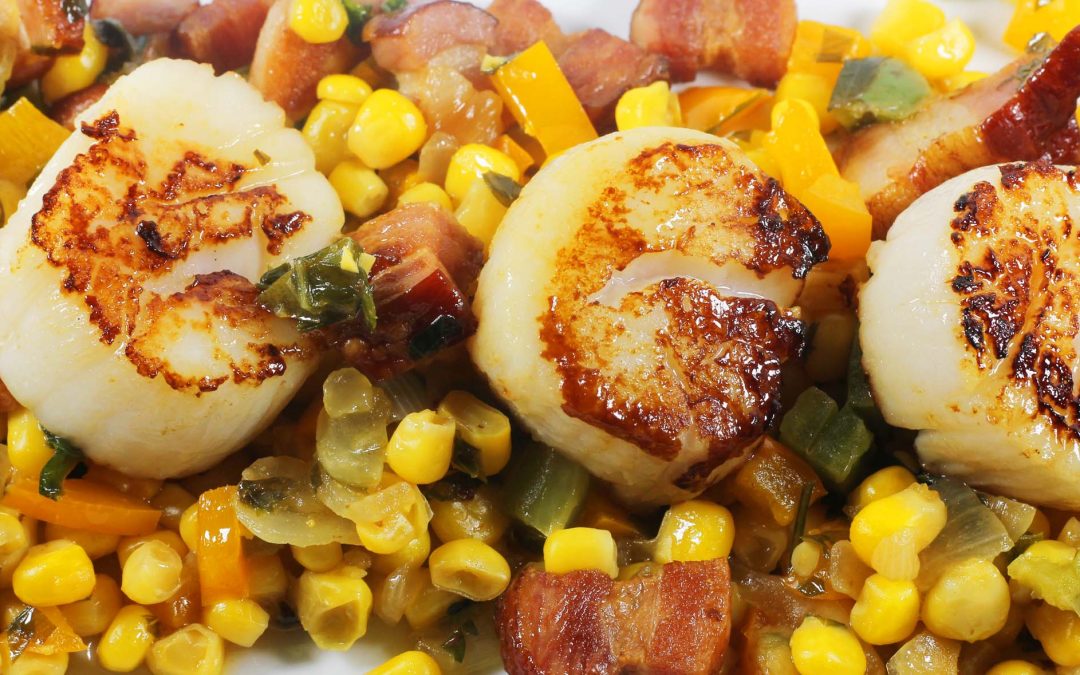 Seared scallops, bacon and fried croutons. What’s not to like? Serve these scallops as an appetizer or main course, just adjust the number of scallops per person.