Terroni, our new Favorite in the Neighborhood…. 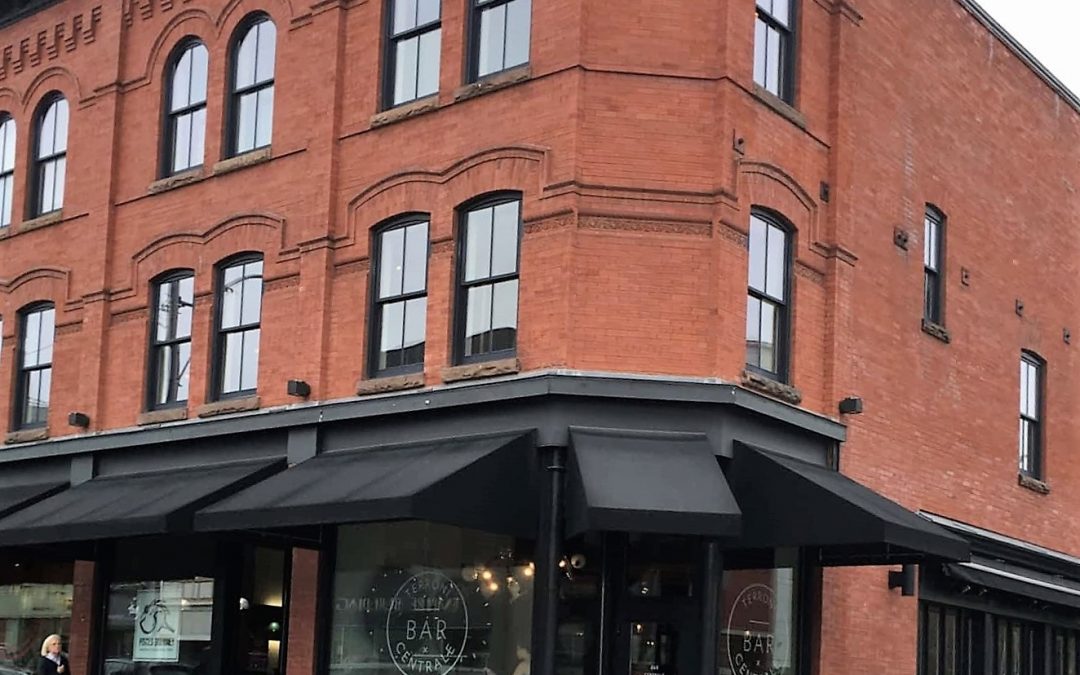 Funny how your estimation of places and things change over time.

We first went to Terroni at Summerhill probably 4 years ago, for dinner. We were ushered to a table on the third floor, which seemed somehow to be in a nook under a staircase. It was noisy, hot, and the food was too much to eat.  We have walked by this restaurant a countless number of times since then, as we now live very close to the area, and often go to the shops in the same block.

It was not until recently that we tried the restaurant again. We were actually on our way to our local pub, only to find that they were still not serving lunch.  And, it was lunch time! I’m famished any time after 12:00, and as my husband often says, of course you are….so we thought that we would try Terroni, just across the road and up the street by a few steps.

Terroni’s has a lot of space with terraces on multiple levels, but nowadays, a reservation is almost a must. Still, we tried. At first we were put on a waiting list as there were no open tables. But, just as we were about to leave, one of the servers came running after us to say that she had a table for two in the shade.

A great beginning, as after this good luck, things got better and better. It started with a humble basket of bread. I love bread, I could live on good bread and potatoes. But, back to the bread.  It was a white sourdough, it has a hard crunchy crust and a soft but dense inside.  Very much like good European bread, well it is, it’s Italian.  They make their own, and had it not been Friday, we may have been able to buy a loaf from the restaurant.  I did ask.

And, the next good thing is that they served Carpaccio!

We’ve eaten Carpaccio all over the word and in countless restaurants in the city, but rarely have I found a plate of Carpaccio that required no additional seasoning at the table. Just perfect the way it was served!

Of course, we have returned, again without a reservation, again lucky enough to have been seated at a table recently vacated and again had the Carpaccio.  This time, which was not a Friday, I bought a loaf of that divine bread.

The service staff is fabulous, friendly, efficient, helpful. I can’t say enough. The one dish we have tried is outstanding and goes great with a glass of rose wine.  We will go back, they have branzino on the menu and I would love to try it,

All in all, a great neighborhood find. Small things as they say…..